Crazy About You by Katie O'Sullivan 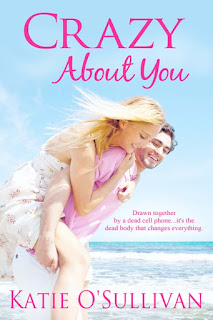 Drawn together by a dead cell phone, it's the dead body that changes everything.
Climate scientist Chase Anderson races from one project to the next, unwilling to slow down in his quest to save the world’s oceans. He has no time for family or relationships until he crashes into an impetuous blonde with a quirky sense of humor. One sizzling kiss makes him seriously reevaluate his priorities. And his sanity.
Emma Maguire left her small Cape Cod hometown years ago, seeking the fast pace and anonymity of New York City. She’s not sure what she’s searching for, but when a family crisis brings her home to Provincetown she’s caught in a crazy tangle of half-truths and mistaken identity… and falls for the handsome stranger who broke her cell phone.
Will untangling the web of lies drive them crazy, or lead to something even crazier – like love? 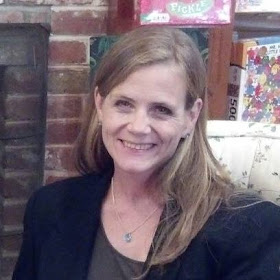 Katie O’Sullivan lives with her family and big dogs on Cape Cod, drinking way too much coffee and inventing new excuses not to dust. Living next to the Atlantic influences everything she writes, including her YA series about the mermaids who live near her beach. A recovering English major, she earned her degree at Colgate University and now writes romance and adventure for young adults, and something steamier for the young at heart.